Both of my parents were camera buffs as they were called back then. Photographs and slides from my mother’s and father’s collections were what kept me grounded in Osage life while growing up in northern California – that and having two Osage parents.  My parents influence and choice of birthday gifts and Christmas gifts started me out with the most basic of cameras, most likely a brownie, which was followed by a Swinger camera going on through to my first 35 millimeter.  What I have found most beautiful in this world is my own Indian people, how they live, how they cook, how they dance and dress in their own ways, even within the same tribe. We are a very photographed people, but have we been understood? My photographs capture the everyday, that aspect of Indian life that says, “I am just like you.”  During this pandemic I have been living with my 7-year-old granddaughter. Besides the “big shut down” when we were all sent home, she and her mother have had to endure two more quarantines. The last one was very tough. And as I was coming home from work, I almost dreaded seeing my cooped up little Lenora, but I saw her friend Raven had set up her little powwow chair and with mask on was visiting her friend. I had to record that little girl’s generosity to my little girl. 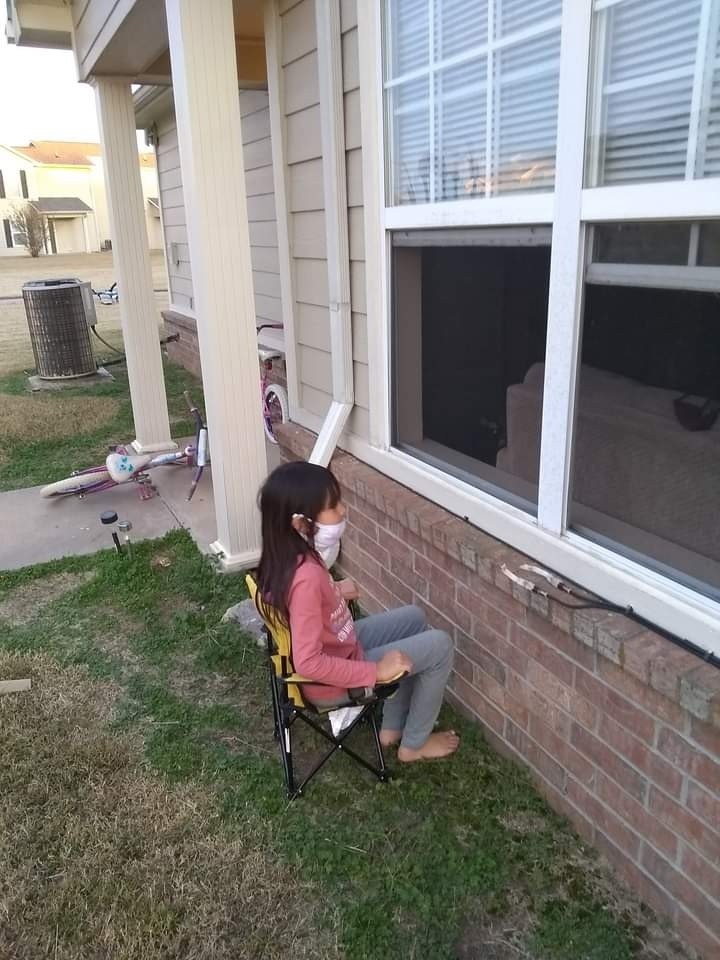